Faceware Teams Up with EA and Hazelight in A Way Out

Hi Josef, can you tell us about your work on A Way Out?

It’s very simple really. I’m the Writer and Director of A Way Out, an idea that came about shortly after Brothers – A Tale of Two Sons, and something which I’ve been working on for about three years now. 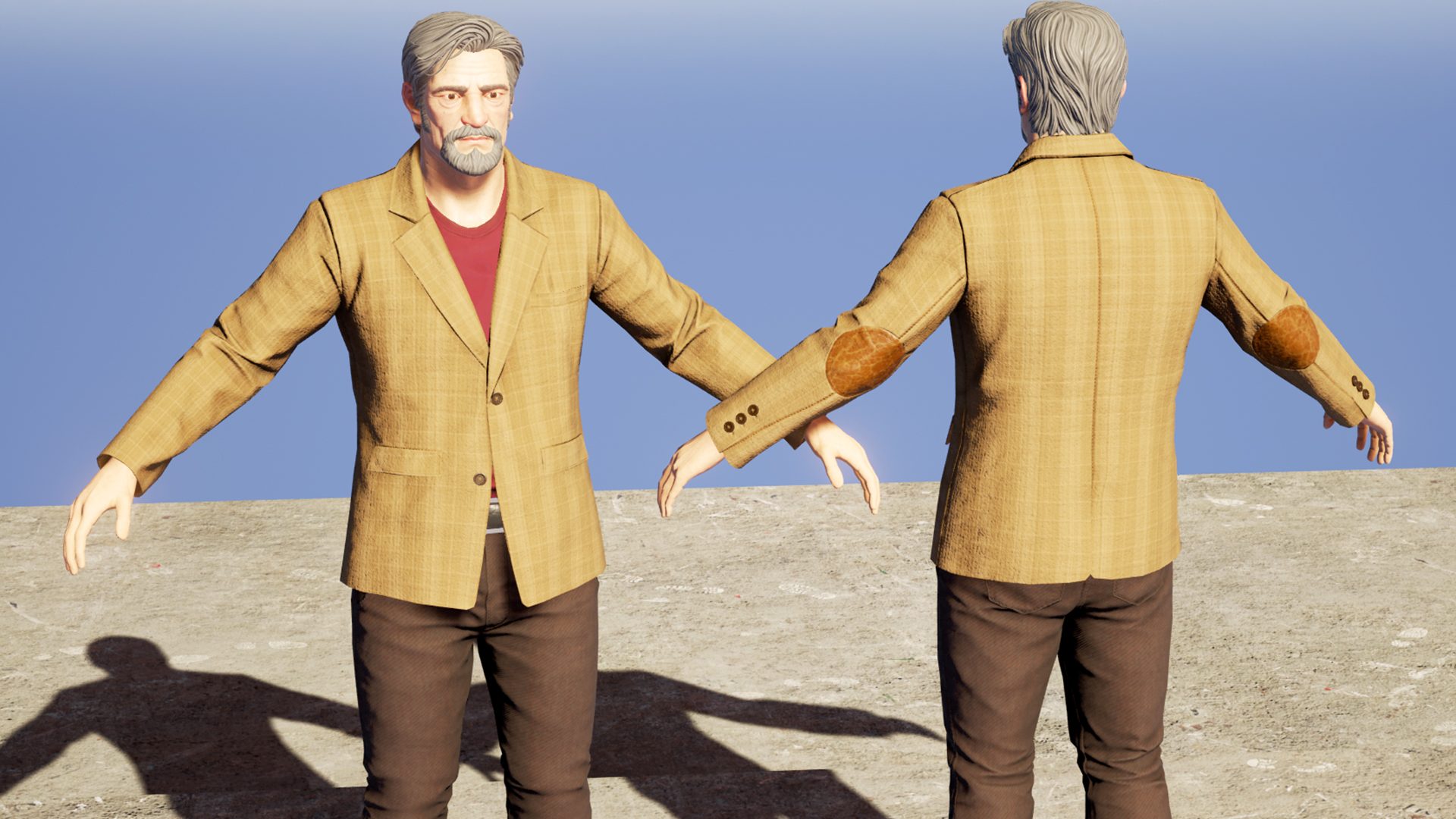 The game is set in the early 1970’s, does this make character research and development easier?

The idea of setting the game in the seventies, was mainly because that era suited the games storyline. Also, in that period there were no cell phones and technology were not as advanced as they are today. At the same time though, it was important not to make the game look too seventies, as that could take away from the actual gameplay. Players can see that the game is set in the seventies, but it’s not too obvious or in your face that it is the seventies. 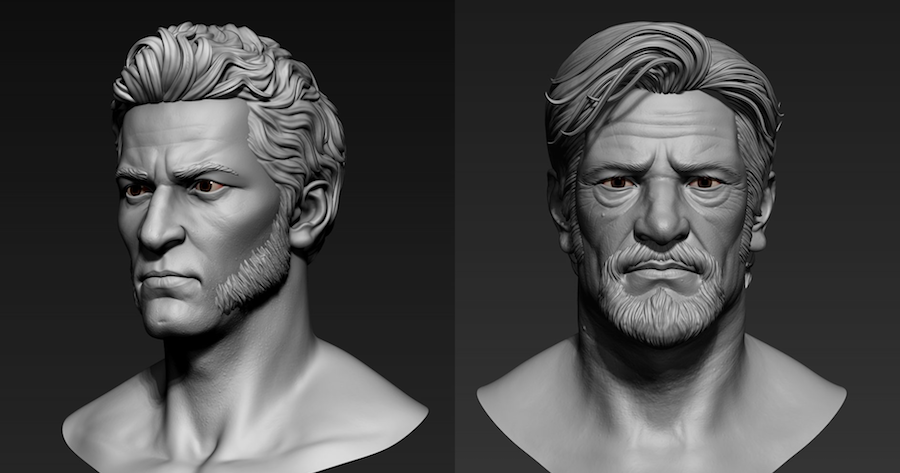 How much time, passion and energy does Hazelight put into character development?

What can I say. Many people know that I live, breathe and eat A Way Out. I really care and believe in it, because I feel we’re doing something very special with this game. It takes a lot of hard work, not only with character design but also with the development of the game itself. I can’t work on a project if I don’t feel passionately enough about it.

Is developing a game for the prison genre more fun than other genres like Sci-Fi?

I think players in general want to feel free and be able to do what they want. With the prison genre, it takes away some of that freedom. It makes you feel like you’re locked up and contained in a dangerous, but exciting environment. As for sci-fi, I guess you can go crazy with ideas without really being questioned by players too much, because games of that genre are typically set in the future. Personally though, I’d say that it doesn’t really matter what the genre of a game is as long as you feel passion for it in your heart. For me personally, I can’t work on a project if I don’t feel passionately enough about it. 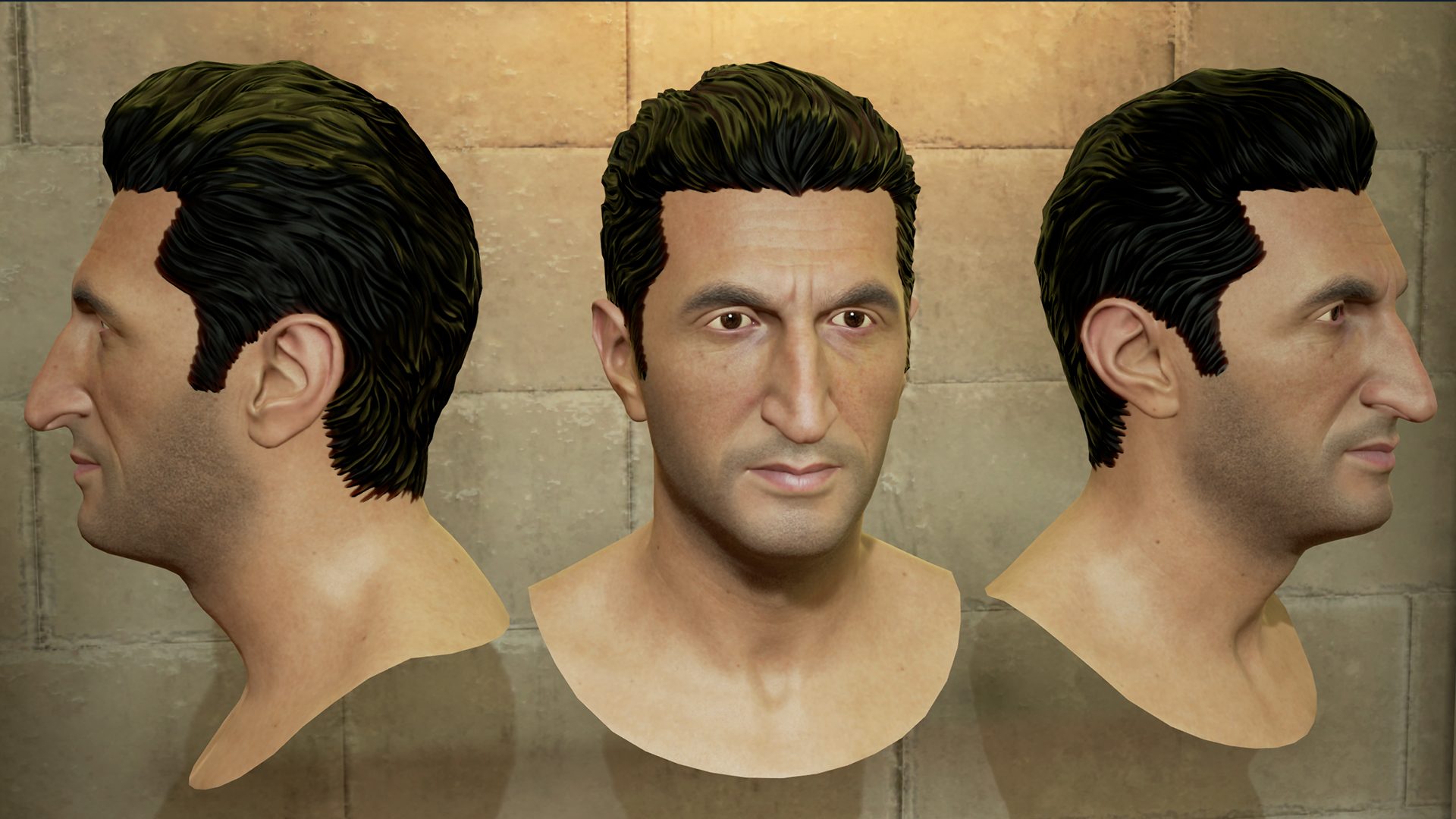 How many design iterations did Leo and Vincent go through?

There were a lot of design iterations for both Leo and Vincent, lots of reworking and trying to find different types of inspiration for them. Looking back at how both characters first started out to where they are now, they’re very different. There were experiments with haircuts, with and without beards and a number of different looks which all formed part of our process.

In Leo’s case (after about a year of development), we decided to base his face on the face of my brother, the actor Fares Fares. What I like about my brother’s face, is it’s very cinematic with striking characteristics and why we wanted to use him. 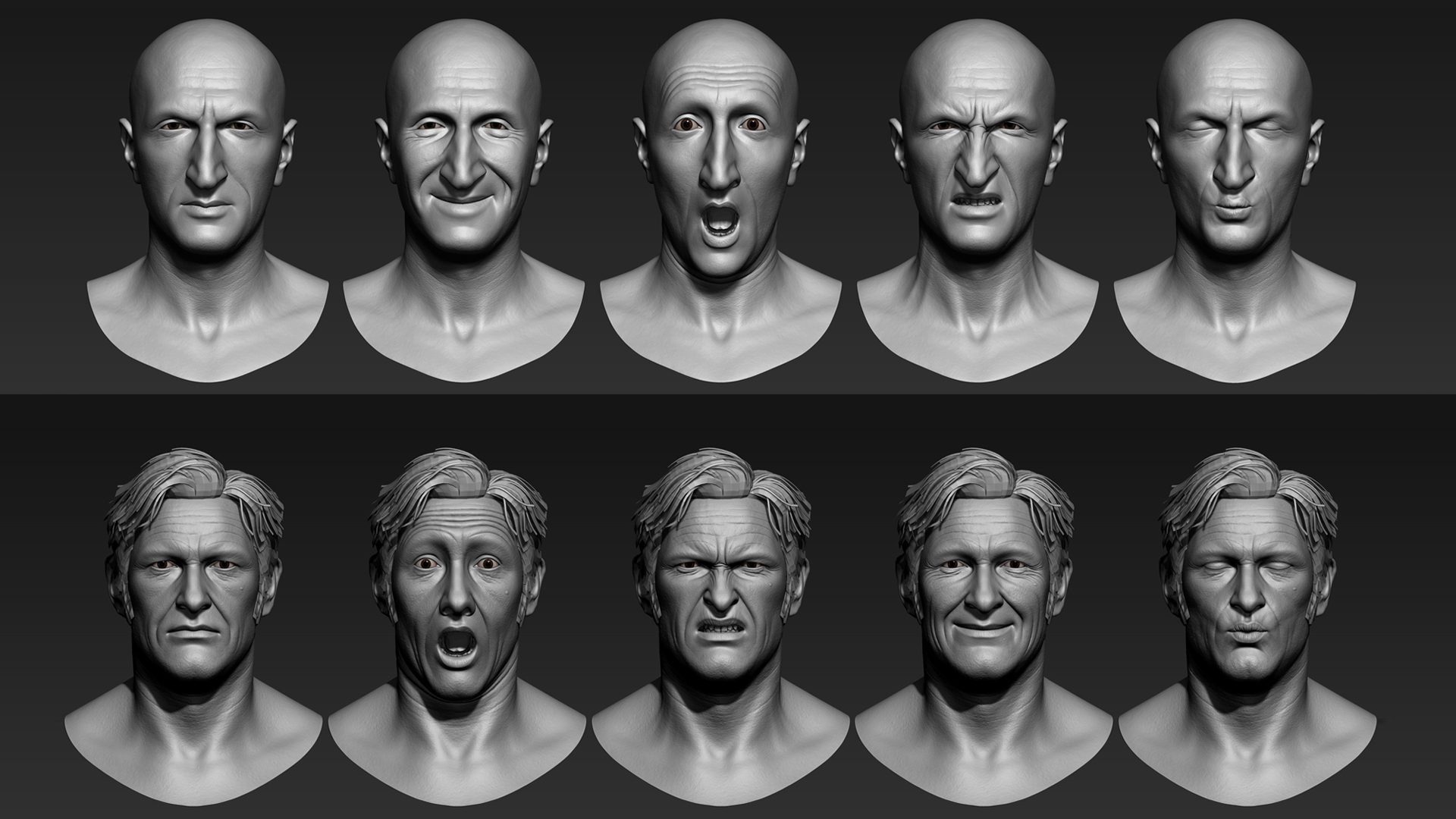 From a technical aspect, it was a case of considering the right types of animations to use, how they would express themselves and their also individual movements like walk cycles.

How did you create a contrast between Leo and Vincent?

Well, with Leo and Vincent, they both have very different personalities. They react in their own way to certain situations, interact with the world around them differently and have separate indignations. Leo is a very straight up guy with a short temper, while Vincent is more calm, cool and relaxed and thinks twice before he does something. Clothing also gave us choices to help express their individual personalities, although the prison aspect of the game was limiting, because in that environment clothing is very uniform like. 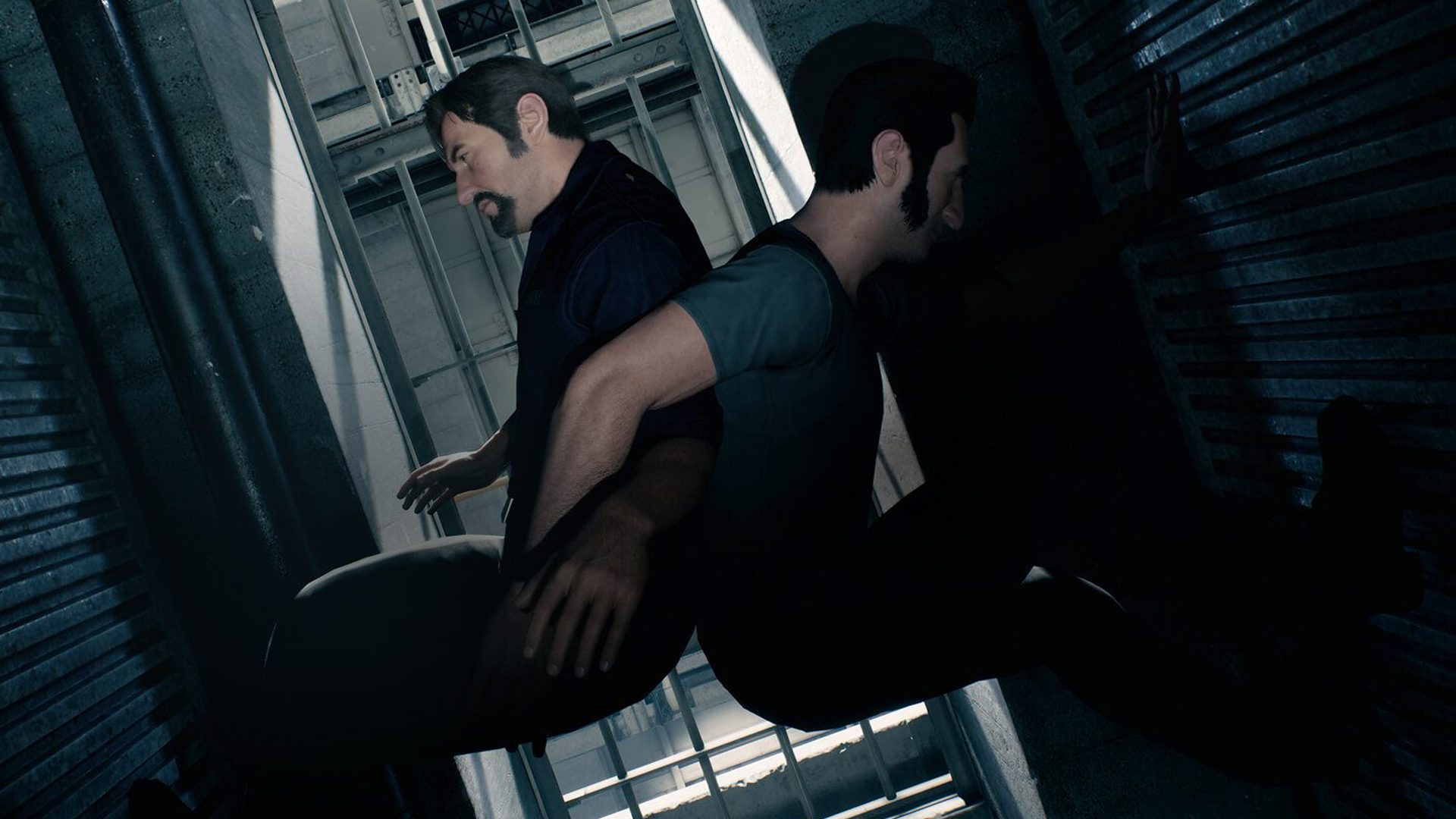 How does doing all of your own mo-capping and stunts aide production?

A lot actually as we’re playing the characters, so we get to do it exactly how we want it. I did all of the motion capture for Leo and our Studio Manager, Oskar Wolontis, did the same for Vincent.

Not only did we do all of the mo-cap, we did of the games’ stunts as well. We didn’t have a stunt guy so all the jumping, fighting and everything else players will see in-game, is done completely by us. It was pretty tough going, but we just got on with it even though we hurt ourselves a few times.

If you believe in something and are passionate about it, then you’re prepared to do everything for it. Even if its long Walk and Run Cycle sessions for Motion Batch, where we captured every animation and movement possible, from crawling, to crouching, to sprinting, to jogging for almost twenty hours.

I don’t know how many hours I personally put into wearing that mo-cap suit, but it’s a crazy amount of time – so I guess I’m a mo-cap expert now. There are even some crazy stunts that we did, that I can guarantee are not supposed to be carried out by non-professionals! 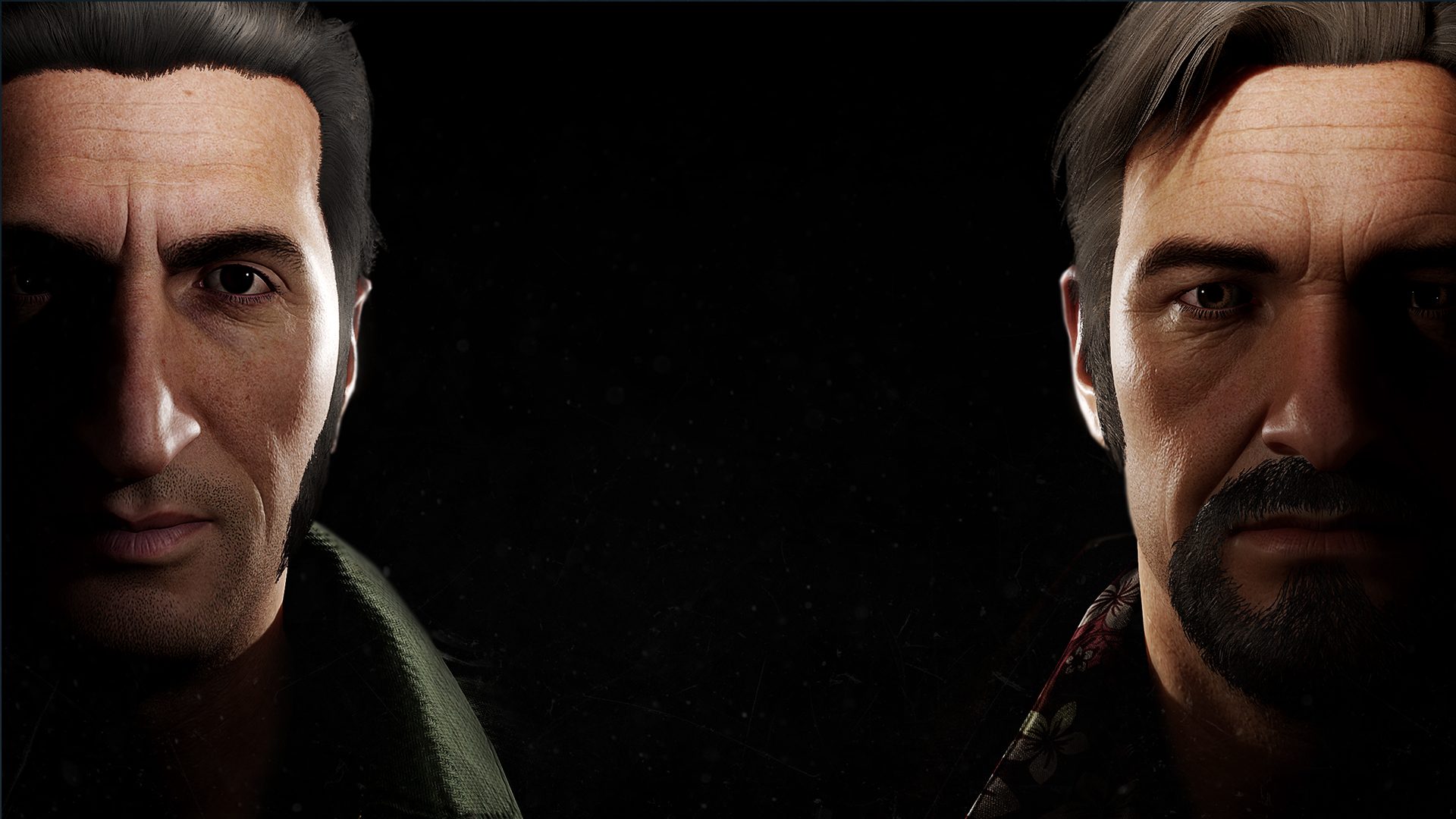 What was it like seeing players reactions to Leo and Vincent and the game during E3 2017?

It was really great, everybody got excited, but I didn’t expect the reactions and levels of attention we received – which was very nice of course! When you work on something so hard and finally see people getting hyped for it, is a great feeling.

What kind of connection do you want players to have with Leo and Vincent?

Ha ha ha! If you want to test your relationship with someone, you should play A Way Out!

Who would win a fight between Leo and Vincent?

I’m not sure actually…I mean, Leo knows how to fight but Vincent’s a pretty tough guy too…I think it could be quite equal.